After some trouble with our location we had to change the date of Paranoya Fest.
It’ll now take place from 2nd to 3rd September ’22.
Due to these new circumstances there will also be a ’new‘ lineup which we’ll keep you updated on!

Better late than never we wanted to thank everyone who attended this year’s Paranoya Fest, special thanks to all the bands that played and all the helping hands around. It was a truly amazing edition for us!
We’re slowly getting ready for next year and start contacting bands…
Despite that we don’t want to withhold any information from you concerning a new date which is going to be the weekend from 2nd to 3rd of September 2022.
(More or less) Soon we will feed you with more information.

Save the date and see you @ Paranoya!

Running order is finally online. Go check it out!
Unfortunately, Farsa had to cancel their show.

We’re going to provide a test center at the venue near the entrance. You have the possibility to get tested there for free on both days.
The test center and entrance are opening their doors at 4 pm on Friday and 12pm on Saturday.

We also have some tickets left for pre-order. Go and grab them!

Due to the current covid situation and the increasing numbers we’ve decided that only people (doesn’t matter if vaccinated or recovered) with a negative test plus attestation (not older than 24 hours) are allowed to enter the festival area. We’re also trying to provide a test center on location where you can do a Rapid Antigen-test by yourself.

Also, we came to the conclusion to set up a little pre-order with 150 tickets for this year. You’ll find all necessary info in the pre-order section.
You also have the possibility to buy a ticket at the entrance (limited to 100).

Hey folks!
We know it’s a bit on short notice but we are in the process of organizing Paranoya Fest this year. It’s going to take place from 27th to 28th of August 2021, same venue as the years before. We’re super thrilled about it!! Due to the current situation there will be some changes which we’ll going to tell you more about the next week! First bands are booked!

Dear all,
unfortunately we don’t have any good news. Due to the current situation we decided to cancel this year’s Paranoya edition in August.
There may be a winter edition but we still don’t know yet if this is going to happen or not.
Otherwise we definitely will postpone it to next 2021, last weekend of August, with the same line-up we already had for this year.
Furthermore we had the idea to create a festival tape sampler with all the bands that would have been played this year. We’re still working on it and hope that it can be released soon!

Due to reservation problems at our venue we’re forced to move Paranoya one week later.
Which means it’s now taking place from 28th to 29th of august.

Next episode is happening from 21st to 22nd of august (one week earlier than usual!!)
First bands are already confirmed. 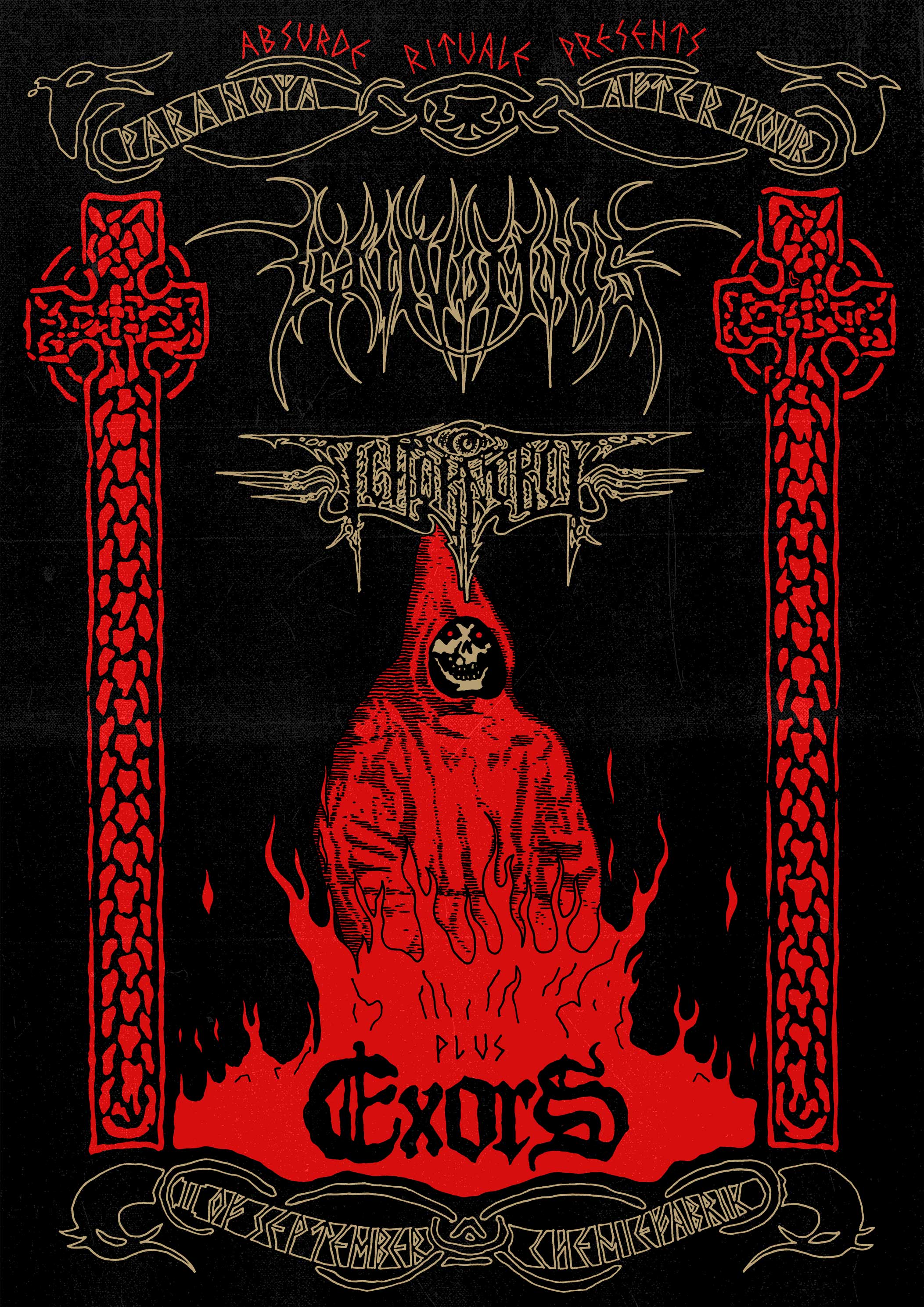 Like the years before we are going to take a part of the entrance fee to support people and/or structures which may need financial help. This year we want to support Rozbrat- an anarchist squatted space in Poland.

„Rozbrat is located in the western Poland city of Poznan. The property was squatted in 1994 and since then it became an alternative politics and cultural centre. It also serves as a home for over 20 people, and is both temporary and permanent shelter for homeless people.

The principal idea behind the space is grassroots organising and self-governing. It is a home to the local Anarchist Federation branch and Food not Bombs among others. The activists involved in Rozbrat have been very much part of the local and beyond projects, including Anarchist Black Cross, the Free Caucasus Committee and Workers Initiative Trade Union. […]

Rozbrat has been a home to several generations of activists who have played critical roles during many social mobilisations and debates on social issues. The activists from Rozbrat and the Poznan Anarchist Federation have actively defended the most excluded inhabitants of the city, by supporting and initiating dozens of labour, tenant and environmental protests. It was also them who co-funded the regional tenants’ association and brought the issue of illegal displacements to public light by organising eviction blockades and making it nearly impossible to render homeless the city’s sick, disabled, seniors and parents with children. […]“